Can Machines Be Creative Can Artificial Intelligence Be Creative?

Today, I want to talk to you about whether machines can be creative.

Today, I want to talk to you about whether machines can be creative.

Now have you heard of the Turing test? This is a test invented by Alan Turing made famous in the movie The Imitation Game. First created in 1950, this particular test by Alan Turing, which was to test whether machines could create the kind of behaviors, that means that we can tell them from a human being or not the best machine is able to have levels of intelligence that can pass themselves off as human levels of intelligence, now, made really famous in the movie, but have you heard of another type of test is called the Lovelace test.

Now the Lovelace test was named after Ada Lovelace, who is a mathematician. She was actually the daughter of Lord Byron, the famous poet. And Ada Lovelace said, No, no, you’ve got it wrong. The real sign of intelligence is whether something can be created or not, can be created. So in her case, she said, No, what is important for a machine to pass the test of intelligence is whether a machine can create something so good, so creative, that it could be you might have thought it was a human that created it circumvent mistaken for the creation of a human. So this is the Lovelace test, this idea that machines can create something that is truly creative.

And there are different views on this Marcus du Sautoy, a wonderful book recently. And it really talks about this idea about where machines are going, where artificial intelligence and algorithms and machine learning are going, whether we can actually start to see machines can get there. And where I personally feel just now is whether we’re going to pass the Lovelace test. I don’t think so in probably the next decade, but I think we’re getting closer all the time.

Do I think that machines will be really truly creative, and not just creative in what we call small-see creativity, but creativity in terms of creating new art forms, new genres, in literature, new ways, new industries, and ways of thinking new philosophical concepts? In my lifetime, yes, probably, I think that may or may likely happen. Do I feel threatened by someone who speaks and writes about creativity and human creativity specifically? No, I’m actually really excited about it. It’s like having a really smart friend who is also creative, that I can collaborate with now. So I see these machines if we get there that can pass the Lovelace test. I am just a really cool creative collaborator, they’re going to create in a different way from me as a human, they will have their own machine way of creating, it may in some cases be better. For some forms, some art forms, for example, some ways of innovation, maybe better than me as a human, but it will probably be different. And that’s where I think it is interesting. I think this idea of having a diversity of creatives, whether that’s not just other humans, creatives in a team are powerful. But if you can bring in machines who have a different perspective on creativity at some point, then think about that. Think about what we could potentially create together. So, the Lovelace test. Do you think that let’s say in the next 50 years, that a machine that will pass the Lovelace test machine will truly be creative in the next 50 years? Leave your comments below. Say yes, if you think it is no if you don’t think that is going to happen. My name is James Taylor. Thanks for watching.

-Can Machines Be Creative 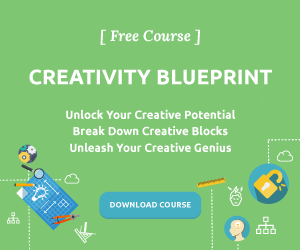