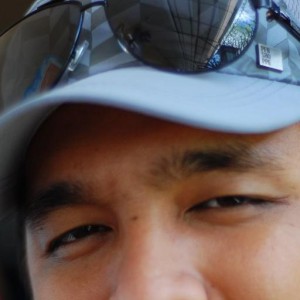 ← Back to Case Studies Homepage

Globant is an IT and Software Development company operating in Argentina, Colombia, Uruguay, the United Kingdom, Brazil, the United States, Peru, India, Mexico, Chile, Spain, Romania and Belarus. They use the latest technologies in the digital and cognitive fields to transform organizations forward in every aspect. Globant has more than 12,300 employees and are present in 16 countries working for companies like Google, Rockwell Automation, Electronic Arts and Santander, among others.

They were named a Worldwide Leader of Digital Strategy Consulting Services by IDC MarketScape report and were also featured as a business case study at Harvard, MIT, and Stanford. The client decided that it’s sixth annual conference would be held virtually. The objective of Globant’s Converge virtual conference was to promote new ways of thinking and challenge the status quo.

More than 4,000 people were connected at this online event, dedicated to exploring the clients tools, applications and real-case demos. The conference theme was “A New Era of Collaboration” and featured keynote speakers Guy Kawasaki (chief evangelist of Canva, former chief evangelist of Apple and bestselling author of ‘The Art of the Start’), Pascal Finette (Co-Founder of be radical and Singularity University’s Chair for Entrepreneurship & Open Innovation) and Madeline Di Nonno (CEO of Geena Davis on Gender in Media).

Martín Migoya, Globant’s CEO and Co-Founder also presented a keynote. They invited James Taylor to be the virtual conference host and emcee for the 2.5hr online event. This required James liaising with the clients communications and marketing team. He also researched and then wrote the 3,000 word script for the various segments including the welcome address, guest speaker and panel introductions, and closing thank you. It was a truly global event with James hosting live from his studio in the UK, event production being managed from another studio in Argentina, and guest speakers joining live from the United States, Latin America and Spain. There were also a number of pre-recorded panels and presentations and part of James’ role was to ensure smooth transitions and ‘be the glue’ between the various live and pre-recorded segments.

On the day James used autocue for the scripts and received a live in-ear and on-screen feed from the event production team in Buenos Aires. This blend of detailed preparation and live improvisation made for a dynamic and fun virtual event. The final virtual conference was highly rated by both attendees and senior leadership. The client was delighted with James’ role as event emcee and host and subsequently booked him to host their next virtual event a few months later.

We enjoyed working with him, because he felt part of the team, joining us in briefings, dry runs, and rehearsals, and always thinking and proposing new ways of doing things better. I loved Guy Kawasaki said he had never been introduced so well at an event… a priceless moment! ” – Belen Alvarez Toledo, Marketing Lead LATAM at Globant

To host and emcee the client annual conference virtually

Well, what a year 2020 has been! My friend, the American writer Chris Guillebeau, called

The Four Bestselling Book Structures Robin Colucci is an entrepreneur, author, and writing coach whose

CL288: The three keys every author must have

Why Creative Geniuses Are Intellectual Nomads

CL287: How To Get Book Reviews